Ex-GM Exec Lost His Son to Distracted Driving. Fighting it is Now His Full-time Job. 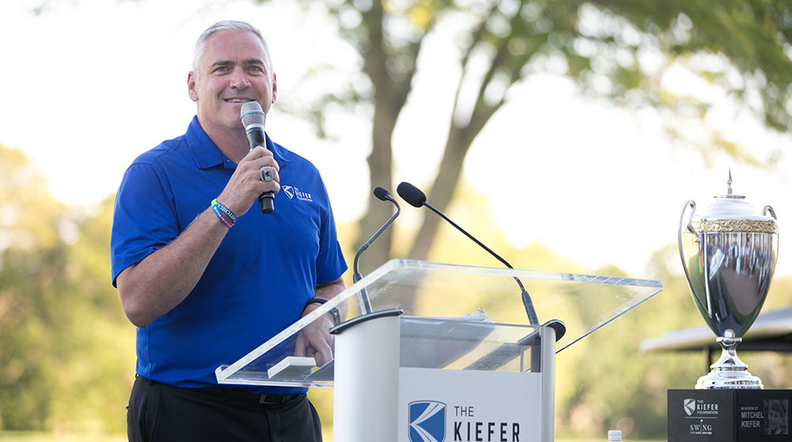 Steve Kiefer has spent the past six years advocating for distracted driving law reform around the U.S., and raises funds with an annual golf outing at Oakland Hills Country Club in Bloomfield Hills.

Six years after personal tragedy inspired a mission to end distracted driving, Steve Kiefer said his foundation has made progress despite Michigan roads being as dangerous as ever. 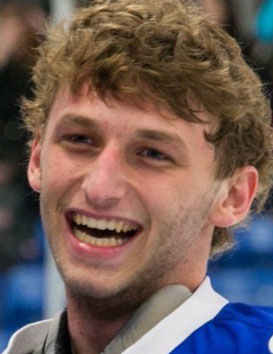 The Kiefer Foundation was launched after Kiefer’s son Mitchel was killed in a car crash caused by a distracted driver in 2016, shortly after he graduated from Detroit Catholic Central high school in Novi.

Earlier this year, 59-year-old Kiefer retired from his job leading international operations at General Motors Co. to focus full time on the cause. For the auto industry veteran, the joy of the holidays comes with a reminder of what’s missing.

“One thing I often say to people is, ‘Why does it take losing somebody to change your behavior?’” Kiefer said. “So many people will hear this story and think, ‘Oh my God, I feel bad for them, that’s terrible.’ But it doesn’t really change behavior until someone you know is impacted.”

Crashes involving distracted driving in Michigan increased about 15 percent year-over year in 2021, bucking a downward trend since 2017, according to the most recent data from Michigan State Police. Last year, there were a total of 1,131 fatal crashes recorded in Michigan, the most in 16 years.

Unsafe driving trended up despite fewer people on the roads in the wake of the COVID-19 pandemic. Authorities have pointed to higher speeds as one reason. Kiefer believes remote work and the need to be constantly connected via mobile phone with texting, Slack, Zoom, etc., is also to blame.

To combat the issue, the Kiefer Foundation has helped push distracted driving law reform across the country. It has been involved in efforts in nine states that have recently passed “hands free” legislation. “Hands free” driving laws, which prohibit motorists from holding phones while driving, have been adopted by about half of the states in the country. It has worked hand-in-hand with lawmakers to do the same in Michigan, which bans only texting and driving.

Rep. Mari Manoogian, D-Birmingham, has been working on distracted driving reform since being elected in 2019. Last year, she and Reps. Mike Mueller, R-Linden, and Joe Bellino, R-Monroe, introduced a package of three bills to ban distracted driving.

“I have always likened this legislation to a modernization of our distracted driving laws that already exist,” Manoogian said. “Our legislation would modernize those laws to basically eliminate the specificity of texting and make it so it’s all-encompassing.”

The package passed the House in January but was blocked from going to the floor for a Senate vote.

“It was the first bill I introduced as a representative . … Basically, we ran out of time,” said Manoogian, whose term expires at the end of the year.

“Hopefully we’ll have a big celebration by spring next year,” he said. “But more importantly, we’ll have these laws in place and deaths will drop next summer because of these laws. I’m sure of it.”

“When Steve first told me that he would honor Mitchel by forming a foundation to end distracted driving, I knew immediately we had to support his efforts,” Lear CEO Ray Scott said in a statement. “His foundation has made a difference and works to end the suffering caused by these horrible accidents.”

AAM Chairman and CEO David Dauch has also stood behind the mission.

“There is no easier or faster way to prevent auto-related deaths than putting down your phone,” Dauch said in a statement. “I am also passionate about this issue because of what it does to families and friends whose lives are forever changed because someone couldn’t resist the urge to text or make a call.”

The foundation has raised nearly $2 million since launching, which it has used to fund awareness campaigns and educational demonstrations around the country. Its largest fundraising event is a spring golf outing at Oakland Hills Country Club in Bloomfield Hills. The honorary chairman for the event next year, scheduled for May 22, is Lear’s former president and CEO, Matt Simoncini.

Kiefer said he would spend at least six months focusing solely on the foundation before entertaining a return to work in the auto industry. His personal mission remains the priority.

“It’s painful for us to talk about this stuff, but somehow we feel if we keep talking, that people will start to personalize it and hopefully with that and some laws … we can change behavior,” he said.